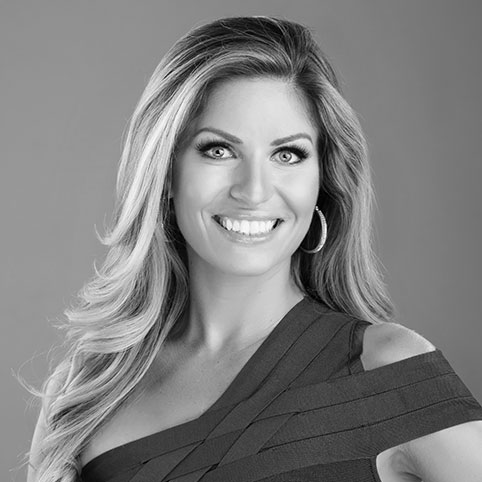 Laura has been in the beauty industry since graduating high school. She moved from New Jersey to Orlando, Florida to work as a freelance hair and makeup artist for television and photography. She has traveled the world performing her craft and has done hair and makeup for companies like Home Shopping Network, Miller Brewing Company, Wella® and Sally Beauty Supply. She also worked in the salon at the Ritz-Carlton, where she specialized in making brides radiant. Laura has her team live by the core values that were instilled in her at the Ritz-Carlton, providing each guest with a warm and relaxed experience in an upscale and professional atmosphere. Laura graduated from the Aveda Institute and has attended continuing education classes from Vidal Sassoon and Aveda. Even though Laura does not work behind the chair anymore, her passion now lies in giving her team the most current education monthly and watching their skills grow. Laura is here to ensure that your hair and makeup experience for your wedding will run smoothly and that we meet and exceed your expectations. 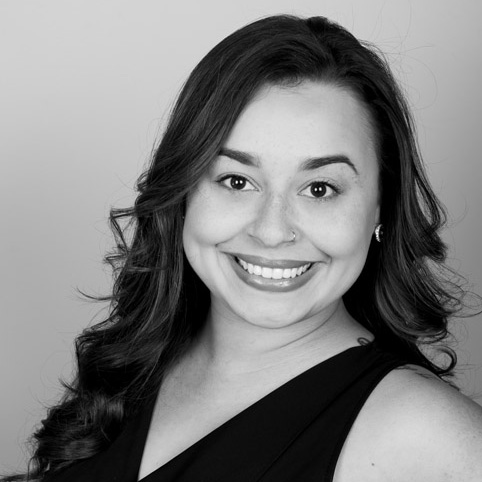 Tabby was raised in Orlando and is an Aveda Institute graduate. She loves learning new techniques and loves giving guests a beautiful look. She has been doing special event makeup and updos since her teens. Tabby loves working with brides and anyone going to a special event to give them a customized, beautiful look! 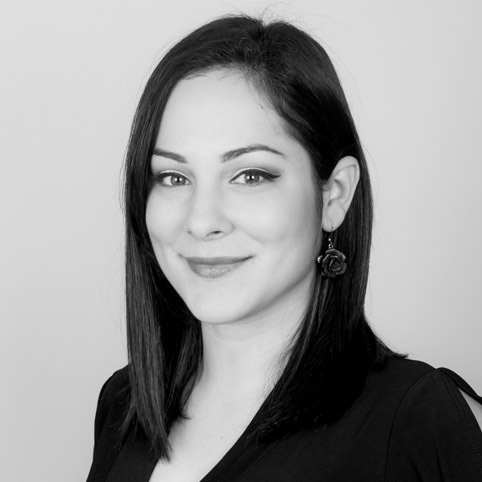 Cleo has been with Salon Dulay since January of 2014. She was Aveda’s 2013 full tuition Scholarship winner and she continues to challenge herself daily to master and perfect her skills. With a love for change she has become Salon Dulays’ Extension educator and has made hair extensions her specialty. Creating change and helping her guest achieve their dream look is what drives her passion. She is constantly learning and keeping up with the latest trends but most importantly her goal is to offer insight to her guests about how to properly care for their hair so that they are able to achieve their desired results. Her love for beauty extends to makeup, bridal styles and much more. She is caring and gentle and will always listen to her guests allowing her to deliver optimal results and make her guests visions come to life. 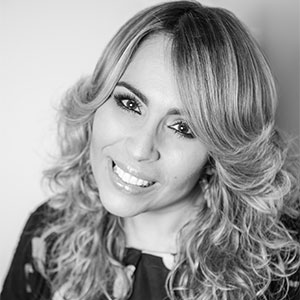 Marisol discovered her passion for beauty at the age of 12 in New York and studied and pursued her love for the craft on the island of Puerto Rico. Early in her career she landed a contract with Chanel 4 WAPA Television performing before-and-after’s on live television. In 1999, she relocated to New York and had the privilege of working with actors from The Lion King, Beauty and the Beast, Friends and Oz. Marisol found her calling in 2002 when she became a part of the Aveda family as an educator at the Soho New York Institute.

In 2005, she relocated to Florida to touch people’s lives by certifying at Hair Club for Men and Women. Her love and passion for sharing knowledge of Aveda led her to reconnect with the Aveda Institute Orlando in 2008. In 2010, she was chosen to be part of the design team at the Orlando Institute for the Edwin Neill educators competition worldwide, and her work was displayed on the wall of fame at the Aveda Institute Minneapolis.

The favorite part of her journey was when she participated as a platform artist creating elaborate hair and makeup designs at the fashion shows on stage for breast cancer and Earth Month fundraisers. In 2016, Marisol continued her passion for education by becoming the lead educator of Matthew Michael’s Experience and created a bootcamp which set new-hires up for success by improving quality of technical skills and speed.

In 2018 she continues her journey in striving for excellence and becomes part of the Salon Dulay family. Marisol is excited to exceed her guests’ expectations by further enhancing their needs with exquisite hair shape designs and customized finishing styles. 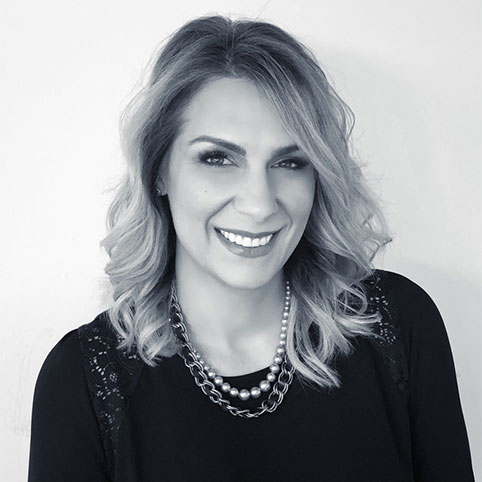 Ashley started working as a hair stylist and colorist when she was 16 and had the opportunity over the years to work in some of the best salons in Central and South Florida. She is always following the latest trends and cutting techniques to provide her guests with the freshest and most modern styles. Ashley specializes in multiple advanced cutting and coloring techniques, women’s long layering, face-framing, short cuts, modern bobs, precision short cuts, men’s cuts, and styling for formal & special occasions.

Most importantly, she always prioritizes listening and collaborating with her clients. Ashley’s goal is for her guests to walk out of the salon feeling that they just had most fantastic hair-styling experience—and results—of their life. Every time. 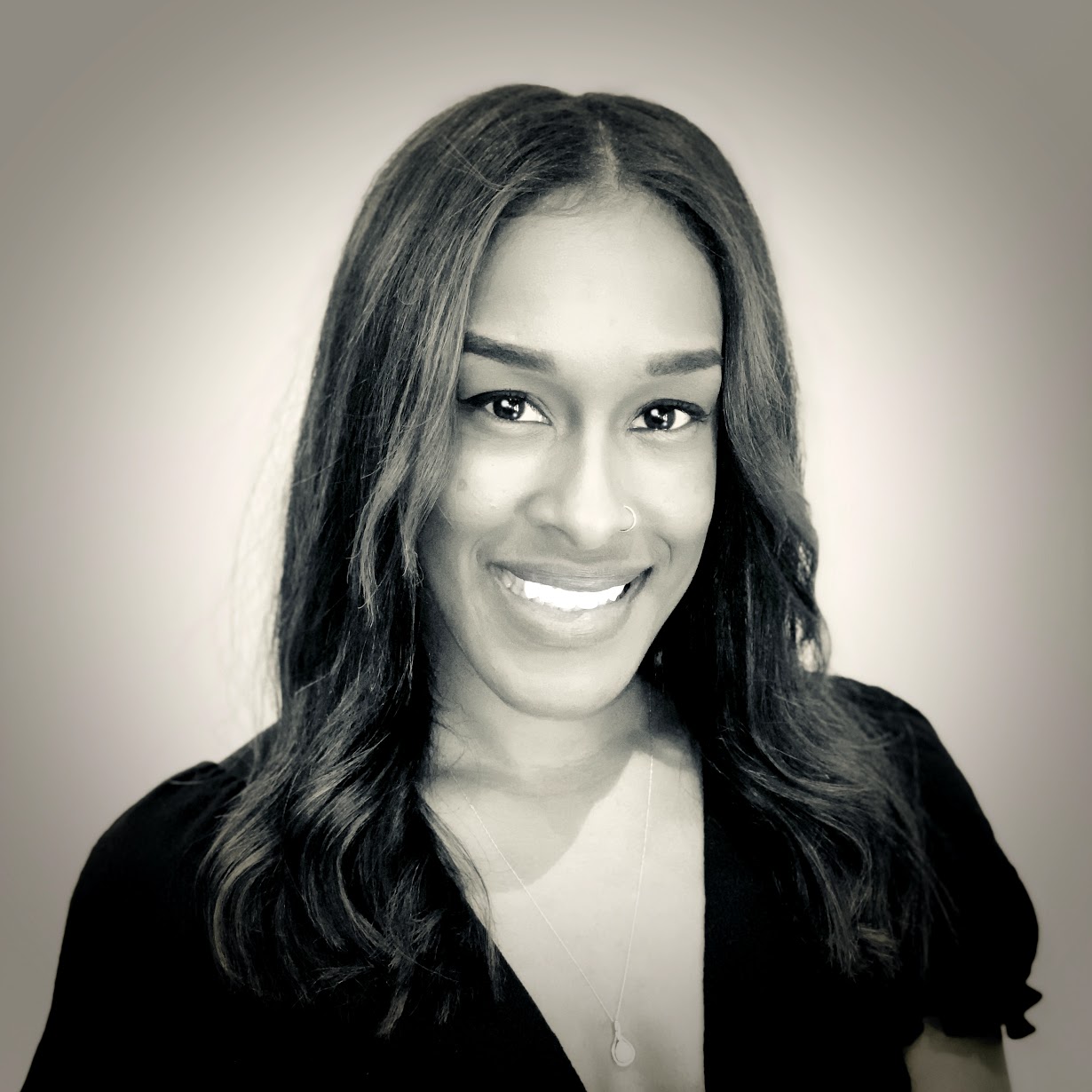 Jamilla was born in Maryland but raised in Central Florida since the age of five.  While obtaining her bachelors degree Jamilla found herself being asked to mimic the styling of her hair on to others.  This was when she began to grow a passion for her craft.  Upon graduating college, she began cosmetology school.  While still in cosmetology school, Jamilla began working as an assistant at an Aveda salon and soon after graduating from the Aveda Orlando Institute in 2015, she began working behind the chair.  Jamilla has a passion for wowing her guests with her attention to detail.  She is very familiar with curly textured hair, although she loves working with all textures.  Jamilla specializes in long hair cuts, blonding and balayage. 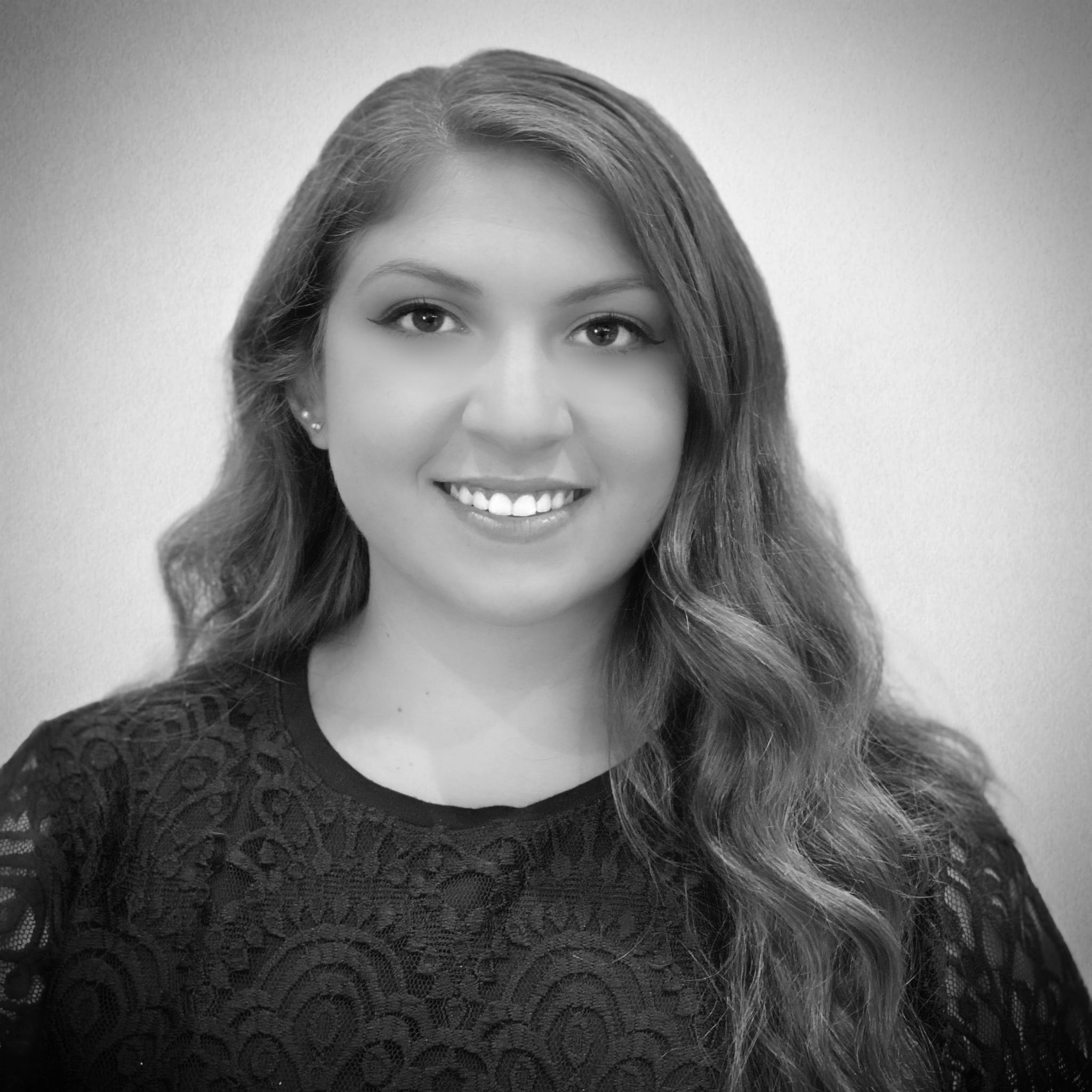 Tori graduated with a degree in Cosmetology from the Career Technology Center in Scranton, Pennsylvania. After graduating, Tori continued her education by studying makeup at the M.U.D (Makeup Designory) Institution in Manhattan, New York and worked for an Aveda salon in Pennsylvania. She is now following her passions for hair and Disney in the Sunshine State! 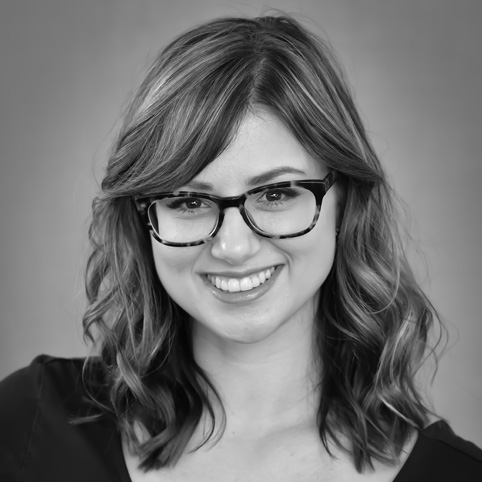 Christy is excited to join the Salon Dulay team! She has recently moved from NYC, where she attended the Aveda Institute of New York. Having been a dancer and performer for years, Christy has always had a passion for makeup and hair styling. She went back to school for cosmetology and her journey has been an exciting new adventure. Her passions are cutting, styling and weddings. She has devoted a lot of time to her education to give her clients beautiful cuts suited for their face and lifestyle. 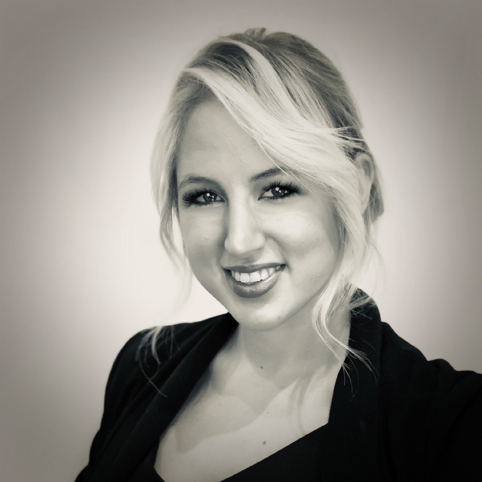 Lauren is passionate about making each and every guest feel welcome, rejuvenated and confident after each visit. She began her career as a stylist at the Aveda institute in Clearwater when she was 18. After working at an Aveda salon in Tampa she relocated to Orlando to further her career and pursue her bachelors degree. Lauren has worked with many local photographers, designers, and bridal crews on shoots and fashion shows and even attended New York Fashion Week. She has a passion for education and mentorship in her salon and helped lead Rizzieri Orlando’s Assistant Program. Lauren specializes in blonding services, trend cuts, keratin treatments, extensions, and bridal updos. She treats every guest like family and makes sure all of her clients feel beautiful, both inside and out. 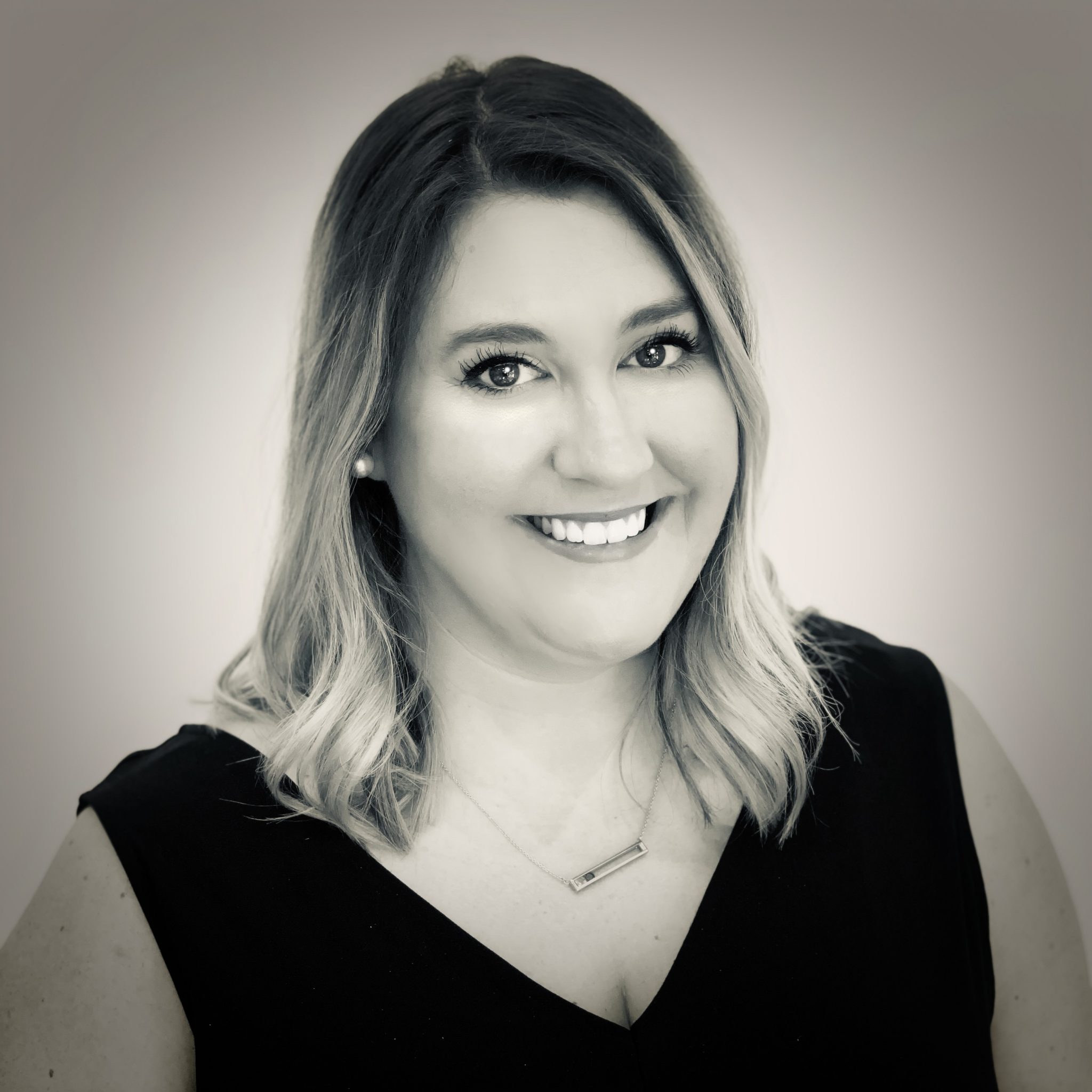 Sarah is originally from Indiana and has lived in the Orlando area since 2012. Sarah has always had a passion for all things beauty starting from when she was a little girl. From doing her grandmother’s hair and makeup on the front porch, to styling hair for proms and weddings, these led her to attend cosmetology school. She attended the Aveda Institute of Orlando, which she graduated from in 2014, and has been doing hair behind the chair ever since. She loves to expand her knowledge of the beauty industry by learning from others and strives to make every experience for her guests unique and personalized. She is certified in Global Keratin treatments and creating volume and length with Vomor extensions. Sarah loves blonding, balayage and major transformations, but her true passion is making her guests feel beautiful no matter what. 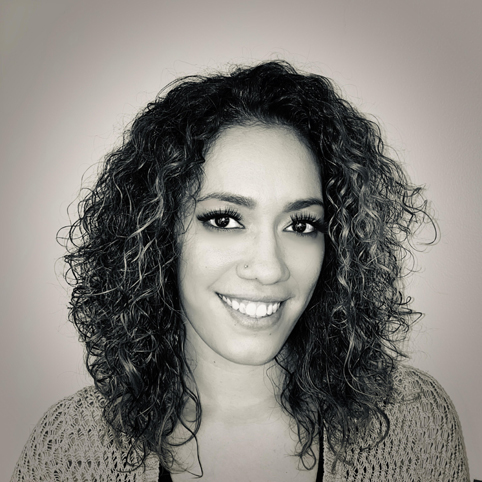 Angel was born in Honolulu, HI and raised in Orlando, FL. She has enjoyed doing hair since she was 10 years old and always did friends’ and family members’ hair while growing up. In 2013 Angel moved to Las Vegas and attended beauty school. She gained a passion for barbering, precision haircutting, Brazilian Blowouts and hairstyling. She has been a licensed cosmetologist since 2015 and still works hard to grow, learn new trends and perfect her craft. Angel always provides her clients with the best possible service! 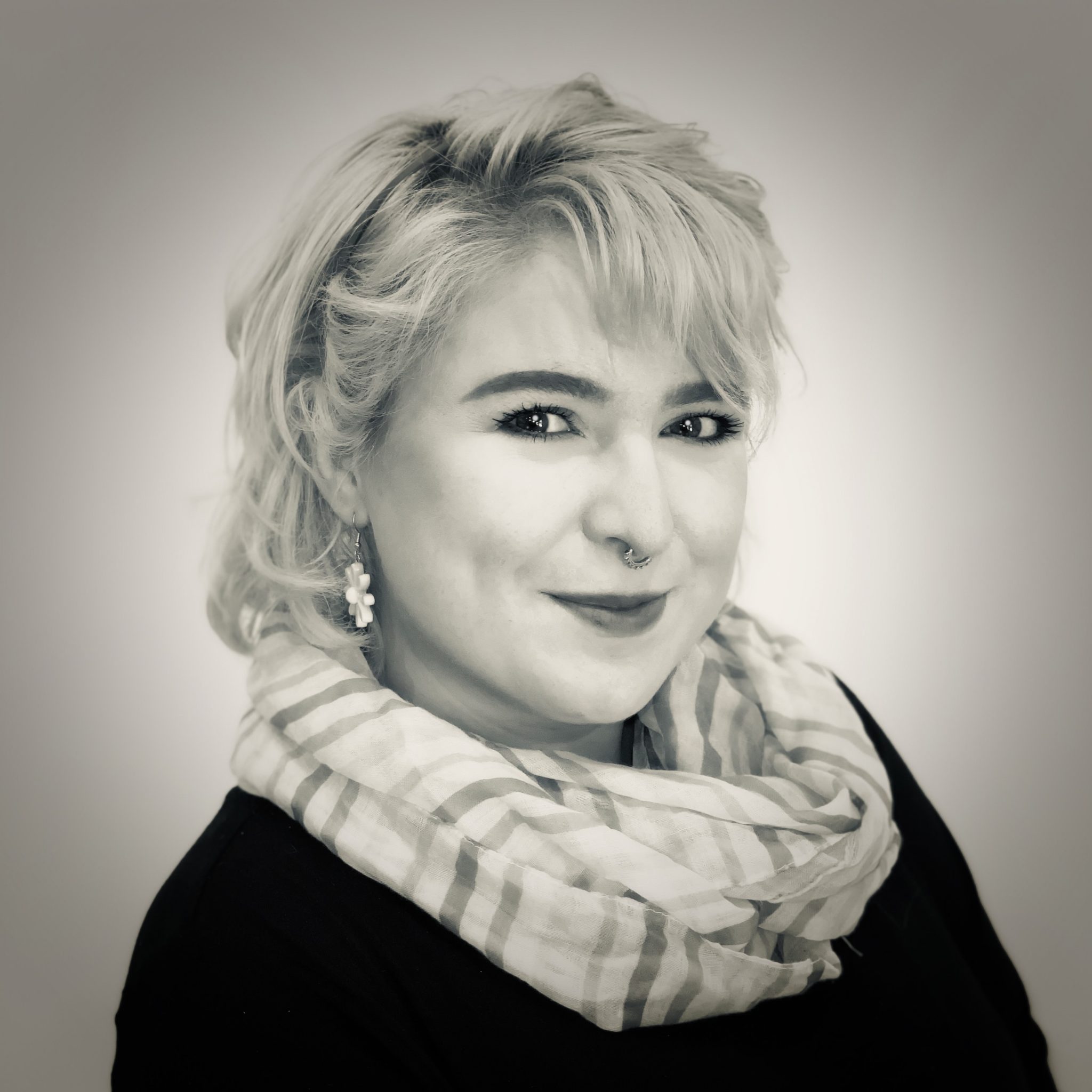 Born in Gainesville, Fl, Brittany moved to Orlando in 2013 to work for the Walt Disney World Resort for 5 years, making magic and spreading pixie dust. She was part of the Marion Performing Ballet growing up, and had a knack for helping her fellow performers with their updos and makeup for shows, which is where she first fell in love with all things beauty related. Brittany graduated from the Aveda Institute in 2017, and trained for a year and half as a salon assistant before going behind the chair. She loves doing makeup, updos, pixie cuts, and funky colors. In Brittany’s free time, you can find her cuddling with her dogs or dancing in her living room to Lady Gaga. 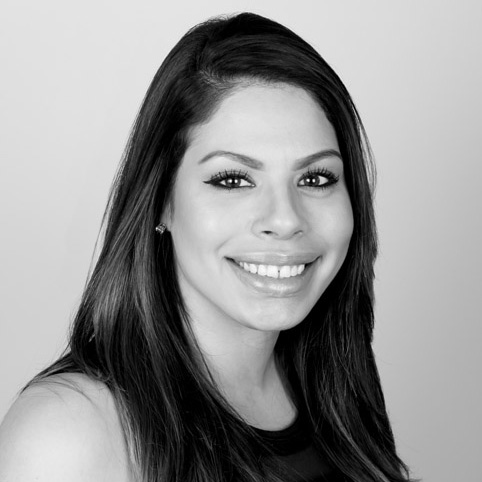 Melanie is originally from Connecticut, but has lived in Orlando for most of her life. Her passion for hair and makeup started at a very early age. Ever since she can remember, she was always asked by her family and friends to do their hair and makeup. She graduated from the Aveda Institute in 2013. Melanie loves styling and specializes in makeup. She has always had a strong passion for making people look and feel their best! 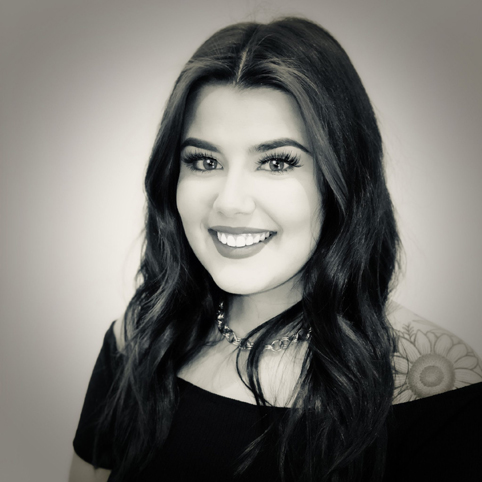 After moving to the United States in 2013 from South Africa, Jessica followed her dreams of becoming a hairstylist and makeup artist by attending Aveda Institute in Jacksonville where she was awarded a full scholarship. Jessica is passionate about the Aveda lifestyle and ensuring her clients feel beautiful inside and out. As a general stylist, Jessica loves pairing a beautiful hair color with a complimenting haircut. She specializes in balayage, soft blended blondes, dimensional blondes, long layered haircuts and blunt textured styles. She specializes in bridal makeup and loves enhancing a client’s natural beauty to ensure they feel and look their best on their special day.